There is drama and there is high drama. Aruncus dioicus or giant goat’s beard is high drama, looming up to 180 cm, bearing creamy-white plumes that rise above the dark foliage and brightening up the shady garden. Susan Lipchak, one of the master gardeners featured in Gardening from a Hammock, suggested both the giant Aruncus diocus and the smaller Aruncus dioicus ‘Kneiffi’, cutleaf goat’s beard, for the shade. “The Aruncus dioicus is a dramatically bold plant because of its size – it looks like a giant astilbe,” says Susan. It holds its own beside a giant clump of tall grasses in her garden. This perennial stands between 120 to 180 cm and is spectacular in flower with its creamy white plumes and lacy leaves. It eventually forms a dense clump. The ‘Kneiffii’ variety is smaller, but still stands 90 cm and has finely cut leaves, which would suit a smaller garden.

This is the dwarf variety:

The giant goat’s beard is ideal for the back of a shady border or beside a pond. It needs room, as it will spread between 90 and 150 cm. Expect a strong statement from the creamy-white flowers June through July. Where the giant goat’s beard would be too large, the more compact cutleaf goat’s beard (Aruncus dioicus ‘Kneiffii’) would provide the impact without the height. It is smaller at 75 to 90 cm high, but with the same spread.  It has finely cut leaves similar to a Japanese maple with creamy-white flowers June through July.

As an interesting aside, the male flowers produce showier and more erect plumes (I am not making this up) than do the plants with female flowers.

To get new plants, divide clumps in spring or fall, but be aware they do not like being moved.

This was originally published as part of Canadian Gardening series of Low-Maintenance Mondays.

One of the first perennials to show off their colours, the Hellebore (Lenten Rose) also provides us with glossy leaves throughout the year. At a March workshop with garden guru Marion Jarvie, she suggested we cut off the old dead leaves of theHellebore now, even with some snow on the ground, to ensure we get the best view of the flowers when they arrive. And that will be all we have to do all season to take care of this hardy plant. It’s important to remember that the flowers of the Hellebore face downward so ideally we plant them to accommodate that. Some of the newer varieties however, such as Hellebore ‘Anna’s Red’, a variety where  red flowers look up instead of typically downward. As well, the plant has mottled foliage to contrast with the dark green of the other varieties.

Here are some photos from my garden in zone 5 Ontario. 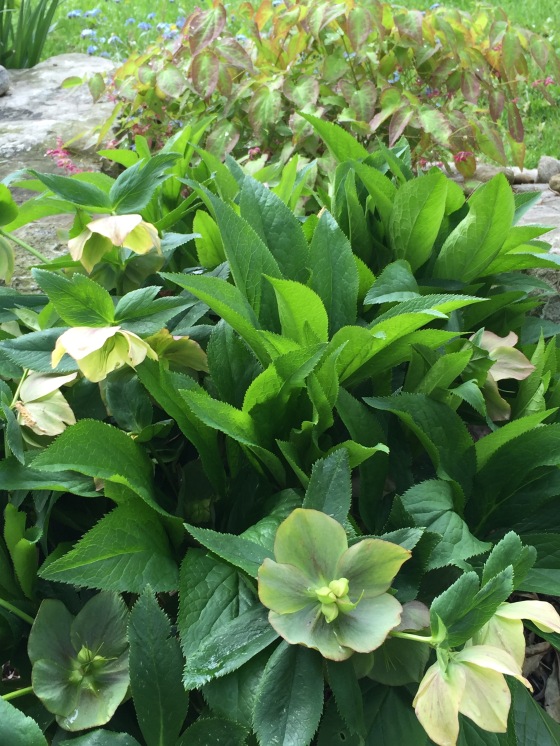 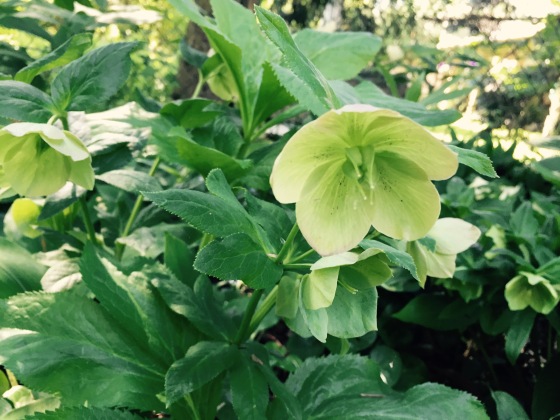 Buy Gardening From A Hammock by contacting GreenGardens@bell.net

Co-author and Master Gardener Dan Cooper will be speaking about low-maintenance gardening based on Gardening from a Hammock unless otherwise indicated.

Dan's virtual Zoom presentations are being well-received, contact him at GreenGardens@bell.net to book a garden talk. His next talks are listed below.